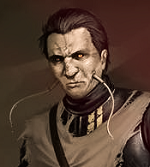 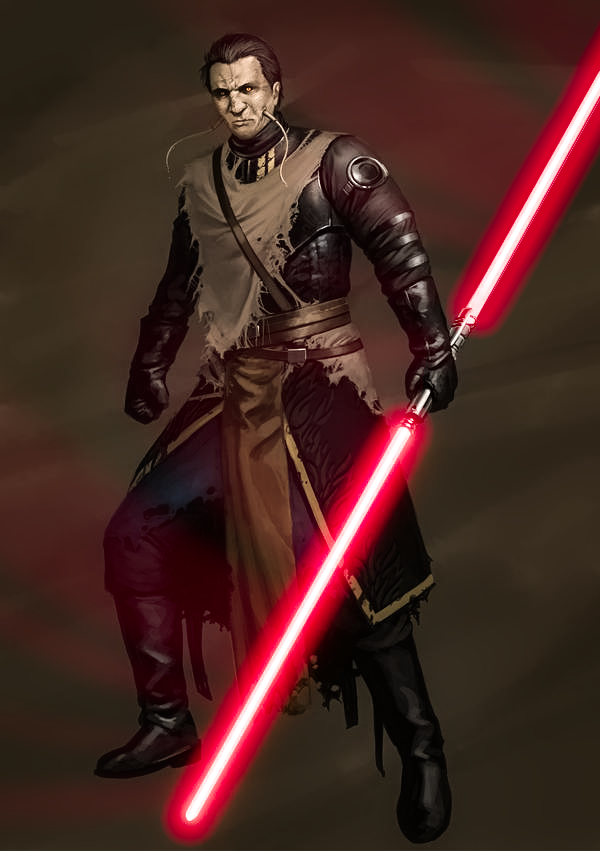 Faction(s):Sith
Race: Anzat
Age:463
Gender:Male
Height:1.67m
Weight:143lbs
Physical Features:With his two proboscises tucked away in the twin cheek pouches that seamlessly blend into Sommith’s face, the Anzat looks almost indistinguishable from a regular human - albeit a short human with a rather bulbous nose. The deep brown hair of the Sith Lord is always combed back, well kept for the sake of keeping a low profile amongst those with high levels of interest to the galaxy - one does not wish to stick out in the process of manipulating others. Deep channels run horizontally across Sommith’s weathered forehead - an unfortunate side effect of both frowning and subtle dark side corruption. His hands are rough, supporting fingers tipped with sharp gnarled nails; though these are often covered.
Clothing/Accessories:A dark compression suit sits below a menagerie of various fabrics that combine to make an almost coherent robe. This covering is not only ceremonial to the Sith, but also serves the purpose of providing an extra layer of protection against the elements. Large thick boots serve not only to give the Anzat a few extra centimetres of height, but also to traverse the most inhospitable of environments.
Personality:Patience is something that has been forced upon Darth Lohate, for many years he has taught students - all of whom have failed in one aspect or another. At first this process brought frustration, but gradually the master numbed to the disappointment. Though the frustration has disappeared to an extent, the dark lord now sits with a well of cynicism towards those who desire to walk the path of the dark side of the Force. So many have come and failed, there is no need to invest in any specific individual.
As with many of those who have come before him, Lohate is cold and calculating, having spent the equivalent of many lifetimes immersed in the font of the dark side he has lost his attachment to material goods as well as people - unless they have a greater use to him of course. This is not to say that the sith cannot act in an accommodating manner in order to reach his goals. Possessions:
Double bladed lightsaber (level 6) Racial Ability: The Anzat species (Plur: Anzati) is somewhat of a mysterious race, their origins still largely unknown to galactic history aside from the odd piece of myth or folklore. What is for certain, however, is that the Anzati people are incredibly gifted physically which owes to their evolution as predatorial hunters. They have no observable biorhythm or pulse and thus give off no body heat. They possess two long, prehensile proboscises similar in appearance to tentacles that are coiled within their twin cheek pockets for feeding on unsuspecting victims; when their proboscises are retracted, they were practically indistinguishable from Humans. In addition, the Anzati have remarkable regenerative capabilities which extend beyond those of the average humanoid.

Modifiers:
Stats (17/38) Skills:
The Force:
-Lightning (6/10)
-Sith Sorcery (3/10)
-Telekinesis (2/10)
-Mind Trickery (1/10)
-Sensory (1/10)
Lightsaber:
-Form III (2/10)
Spoiler: History
Like any of the anzati, Sommith Tundos is a natural predator, hunting for ‘the soup’ of strong individuals to further enhance his own abilities. Blending in with society had become second nature to him for the first century of his life, nobody seemed able to track him and even if someone noticed his true species, they would not live much longer to tell the tale. His life was simple, he survived with little care of where his next meal would come from. Yet no matter how well he feasted, his hunger was never satisfied.
On occasion Sommith could feel the strength of his next potential victim, the more power that flowed through them, the more irresistible the desire to feast became. But it was one such enticing morsel that changed the course of the anzat’s life. His toughest challenge yet was a strong human, strong enough to anticipate and evate most of Sommith’s attempts to subdue him. After a long fought pursuit, Sommith was finally able to feast upon his victim - a sith apprentice. Not only did this taste of the dark side satisfy the anzat, but the appearance of the sith master soon after only sought to show him the path that he had to follow to reach such satisfaction with his hunger for power.
The next thirty years saw Sommith grow in power under the tutelage of his master, gradually growing ever more powerful in the dark side of the Force. His training brought out a talent for the more arcane aspects of the sith, growing not only in his ability to summon lightning but to also more sinister powers. It did not take too long for the anzat apprentice to devour his master and take on the mantle of Dark Lord of the Sith. Darth Lothate was fully realised.
The next few centuries were spent training countless apprentices, each of them proving to be outright failures either in their training or when they considered themselves powerful enough to dare try and challenge their master. Each one was slain, becoming another morsel for Sommith to dine upon. Their failures were not his, his only failure had been in not picking suitable apprentices.
Lothate had resigned himself to solitude for several decades before a powerful surge in the dark side of the Force drew him towards Hutt space. An opportunity that he could not simply ignore, it was a clear sign from the dark side that another apprentice had begun to embrace their true nature. As much as he hated Nar Shaddaa, it had a tendency to be useful - this case was no exception.
It didn’t take the Sith Lord long to trace the beacon of energy, it took even less time to dispatch the guards that were watching over the imprisoned boy. Whispers of those in the area had spoken of a grave incident which was surely the doing of the scarlet-haired prisoner. The prisoner that Lohate had freed soon after.
The next decade was spent on Lothal, training his eager new apprentice in the ways of the dark side of the force. Their presence within a long abandoned Jedi temple at a nexus in the force only served to desecrate what was once so pure - their first insult to their enemies as a duo.
One of many to come.
Top 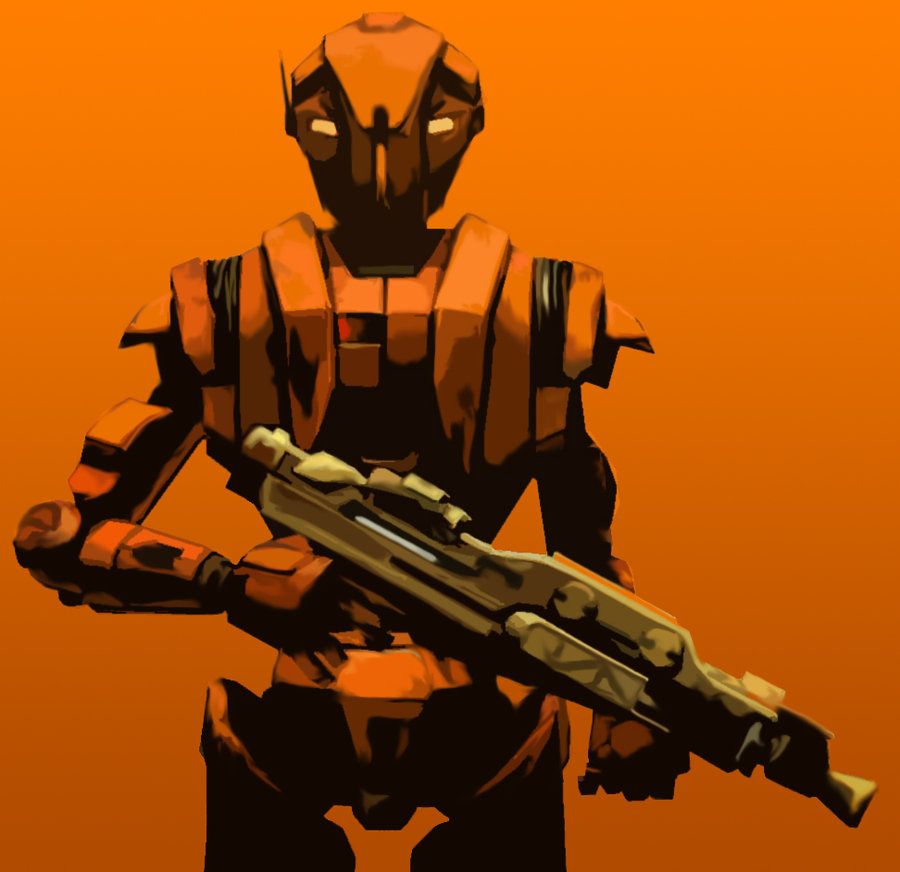